Lenné-Park in Rusowo is located in the Zachodniopomorskie Voivodship, nine kilometers South from Ustronie Morskie sea-resort, and about 20 kilometers from Kołobrzeg.

The original landscape garden was established at the beginning of 19th Century, when the manor was bought by the rich trader and Denmark Consul from Kołobrzeg (Kolberg), Ernst Schröder. This was the first case in Prussia, when a non-aristocrat was allowed to acquire a noble estate.

After Schröder's death his wife Henriette hired in 1828 the famous landscape architect – Peter Joseph  Lenné – to transform the garden into a landscape garden "with picturesque meadows and lakes".

The garden is accesible by car via state route number 11 (Kołobrzeg–Koszalin) – one must turn in Kukinia direction.
One can reach Rusowo also by bike. There is also a hiking trail, starting from the bus station in Ustronie Morskie, of overall distance of 31 kilometers. 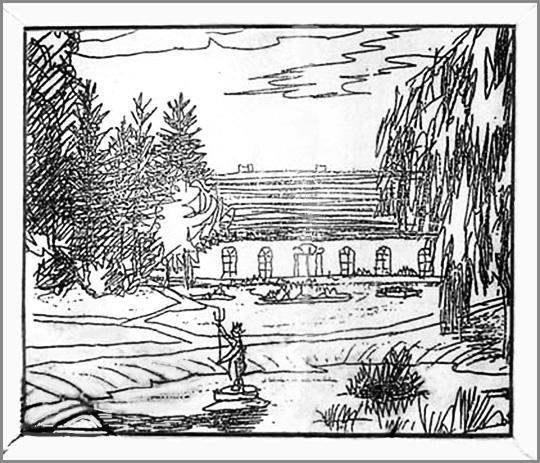 The history of the Rusowo Lenné-Park is not quite clear – there is a lack of trustworthy written and iconographic sources on this subject. That is why the information below should be treated rather as a supposition than trustworthy reference.

The oldest culture object in Rusowo is the more than 600 year old church, which supposedly took place of the former pre-christian sanctuary. The church is one of the earliest monuments of the sacral architecture in the Polish Pomerania.

He turned the area located near of the church into a family residence. He built a „nice manor house with an orangerie” and an extensive garden, including a greek temple and a red brick tower in the Teutonian Order style of architecture.

After Schröder's passing, widow Henrietta employed Peter Joseph Lenné to rebuild the garden. On the 36 hectares area, he created a „luxury” landscape garden in a romantic-naturalistic fashion with broad grassy meadows, plenty of trees and exotic bushes.

Written sources say, that the most significant elements of the garden were masterly designed drains, ponds and little islands. Another precious details were the statues of Neptune and the herons.

The last chapter of the garden's history is short and gloomy. After the Soviet Army took over the land, the manor house was plundered and gradually destroyed down to the foundations. These and a piece of the teutonian style tower are today the only remains of the once-magnificent manor. As far as the garden is concerned one can hardly recognize the remains of the garden drains and two, almost completely overgrown ponds.

The remains of the garden were written into the culture monuments register. Currently Rusowo garden area is owned by the community of Ustronie Morskie.

The overgrown garden of Rusowo, 280-years-old plane tree, educational nature-trail, and especially the antique church have lately become local tourist attractions and a destination for the guests of nearby sea resorts – Ustronie Morskie and Kołobrzeg. 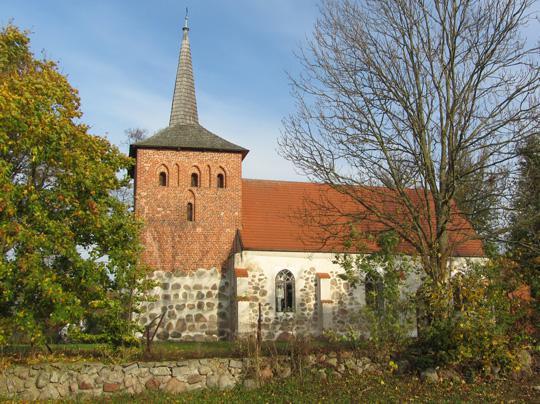 Manor house in Rusowo (from the old photos) 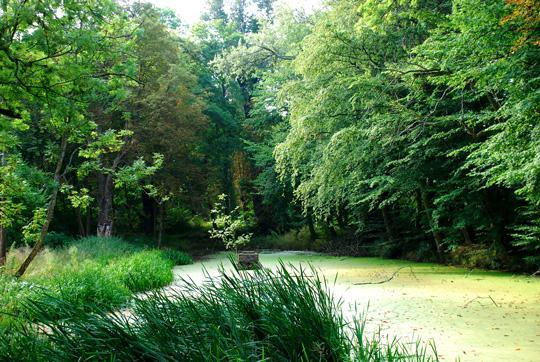 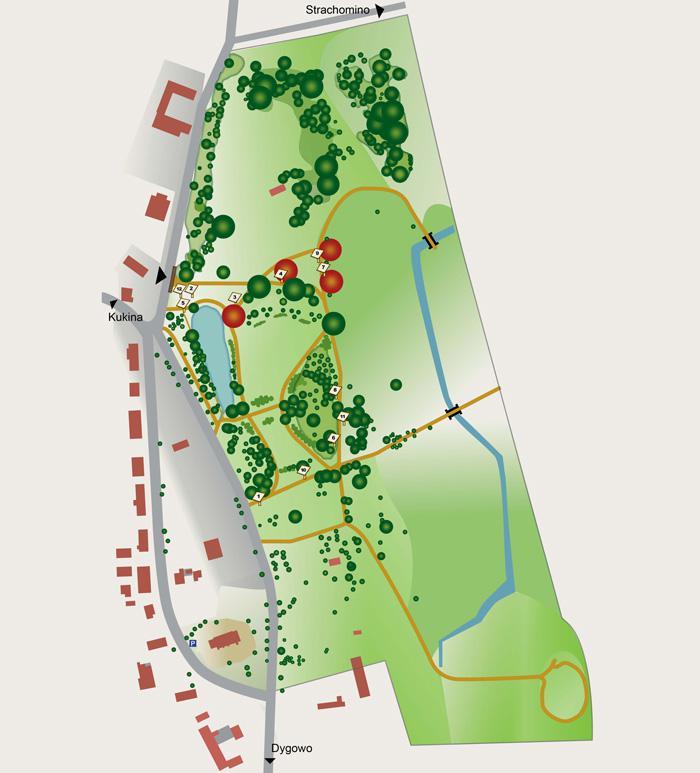 One can hardly recognize the former garden in this area. Meadows and drains are completely overgrown, ponds have turned into swamps. 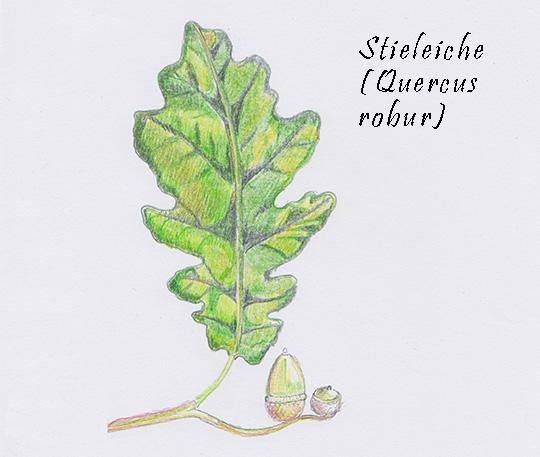 The cataloguing of the garden, that took place in 2002, enumerated 1226 nature monument trees, coming from the time of garden's foundation and earlier. Especially valuable are 44 great oaks.

Apart from them, there are another eight nature monuments: 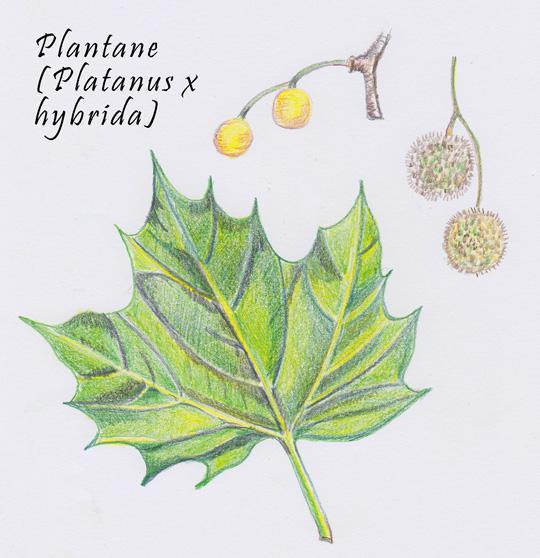 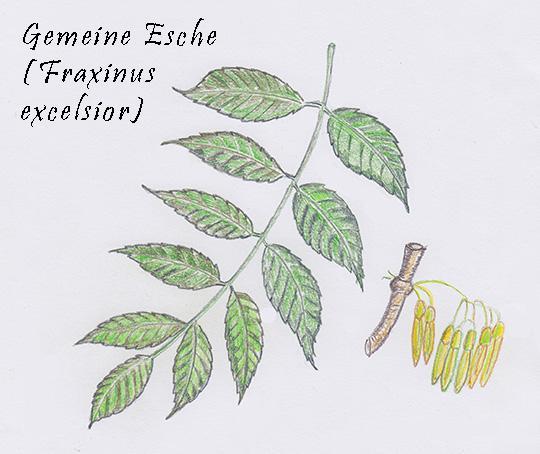 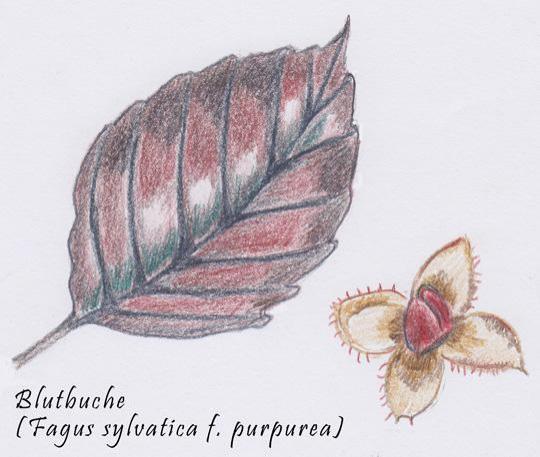 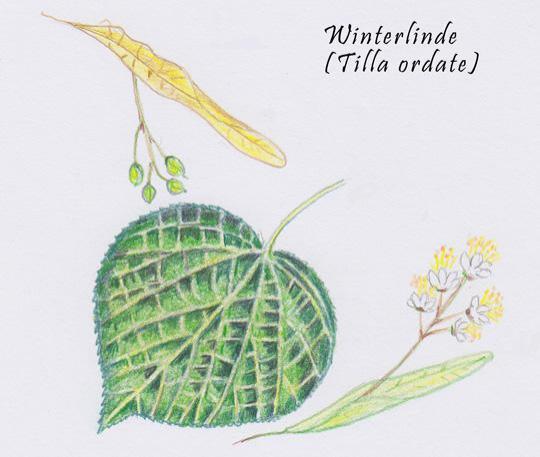 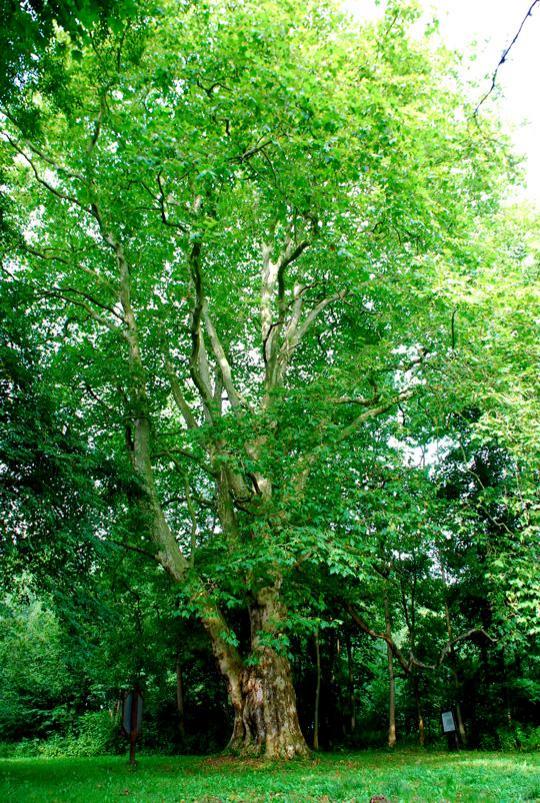 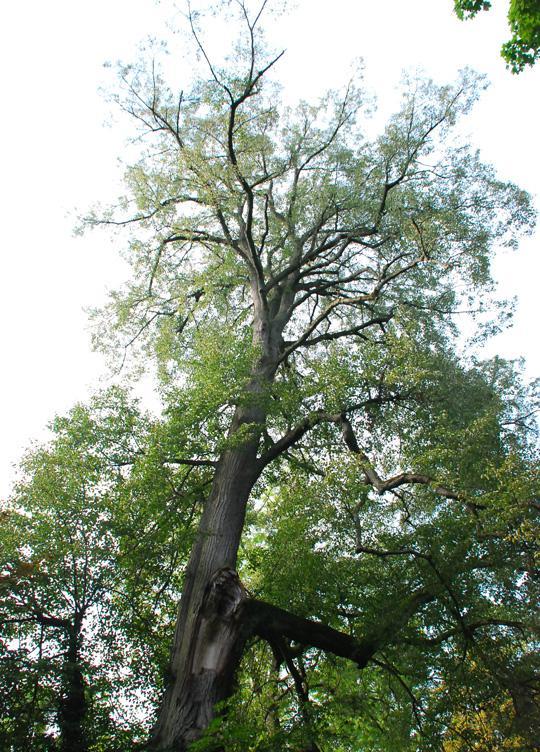 One of the four lime trees 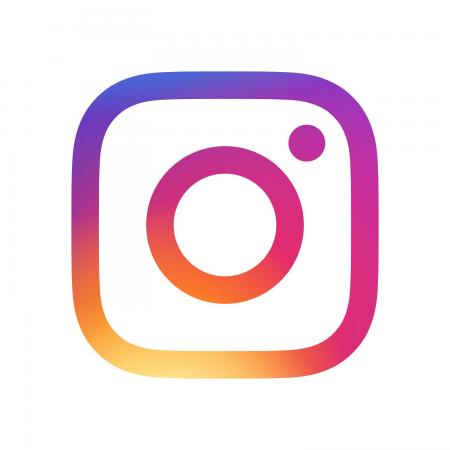